You’re out in your garden on a beautiful summer day, enjoying the fruits of your labor and admiring the vibrant flowers and plants. Suddenly, you notice a small, metallic-green bug crawling on one of your rose bushes. You’ve seen this type of bug before, and you know it’s not good news. It’s a Japanese beetle, and it has the potential to cause major damage to your garden.

As you try to shoo the beetle away, you start to wonder if there’s a natural solution to getting rid of these pesky pests. That’s when you remember hearing that praying mantises are great at controlling insect populations. But do praying mantis eat Japanese beetles?

In this blog post, we’ll explore the topic of praying mantis and Japanese beetles and whether or not these insects can help solve your pest problem.

Praying mantises are known for their voracious appetites and their ability to eat a variety of insects, including mites, aphids, flies, and even other praying mantises. So, it’s not surprising that many gardeners wonder if praying mantises can help control Japanese beetles, which are considered a major pest in many parts of the United States.

Praying Mantis Populations Can Be Unpredictable

Praying mantises are not a native species to North America, so their populations can fluctuate significantly from year to year. This means that even if you have a lot of praying mantises in your garden one year, you might not have as many the following year.

Furthermore, praying mantises have a relatively short lifespan, typically only living for one season. This means that even if you do have a good population of praying mantises in your garden, they will eventually die off and need to be replaced.

Japanese beetles are known for their ability to fly, which means they can move freely from one location to another. This makes it difficult for praying mantises to control their population, as the beetles can simply fly away to another part of your garden or a neighboring yard.

While praying mantises do a great job at controlling certain types of insects, they are not selective eaters. This means they will eat whatever insects they come across, including beneficial insects such as bees and butterflies. This can create an imbalance in the ecosystem of your garden, potentially leading to other pest problems.

So, if praying mantises aren’t the best solution for controlling Japanese beetles, what can you do to protect your garden from these pests? Here are a few options to consider:

One of the most effective and least labor-intensive methods for controlling Japanese beetles is simply to handpick them off your plants and dispose of them. This can be a time-consuming task, but it’s a safe and effective way to reduce the population of Japanese beetles in your garden.

There are several insecticides available that are effective at controlling Japanese beetles. It’s important to read the label carefully and follow the instructions to ensure the safety of your plants and the environment.

Certain plants are more resistant to Japanese beetles than others. Planting these varieties can help reduce the risk of

damage to your garden. Some examples of Japanese beetle-resistant plants include:

Japanese beetle traps can be an effective way to control the population of these pests in your garden. These traps use a pheromone attractant to lure the beetles in, and then they are trapped inside. It’s important to place the traps away from the plants you want to protect, as the attractant can also lure in beneficial insects.

In addition to praying mantises, there are other natural predators that can help control the population of Japanese beetles in your garden. These include birds, such as robins and blue jays, and certain types of wasps. Encouraging these predators to visit your garden can be as simple as providing a water source and planting native flowering plants to attract them.

By taking a proactive approach and implementing a combination of these control methods, you can protect your garden from Japanese beetle damage and enjoy a beautiful, thriving space all season long.

How long is japanese beetle season?

Japanese beetles typically have a seasonal cycle that lasts for about six weeks. This can vary depending on the location and climate, but in most parts of the United States, Japanese beetle season occurs from late June to early August. During this time, adult Japanese beetles emerge from the ground and begin feeding on plants, flowers, and trees. After mating, the females lay eggs in the soil, and the larvae (grubs) develop over the winter. The grubs then emerge as adult beetles the following summer.

Japanese beetles are small insects that measure about 1/2 inch long and are metallic green in color. They have a distinctive copper-colored thorax and wing covers, and they have six small legs and antennae.

What kind of damage do Japanese beetles cause?

How do you control Japanese beetles in the garden?

There are several methods that can be used to control Japanese beetles in the garden, including handpicking the beetles off plants, using insecticides, planting Japanese beetle-resistant varieties, and using traps. It’s important to read the label carefully and follow the instructions when using any type of chemical control, and to consider the potential impacts on beneficial insects as well as the target pests.

What are some Japanese beetle-resistant plants?

Some plants that are more resistant to Japanese beetles include marigolds, petunias, zinnias, geraniums, and salvias. Planting these varieties can help reduce the risk of damage to your garden.

Can Japanese beetles be eradicated?

It is difficult to completely eradicate Japanese beetles, as they have a wide range of host plants and are able to fly over long distances. The best approach is to use a combination of control methods to manage their population and minimize the damage they cause to your garden.

Praying mantises are long, slender insects that are typically green or brown in color, making them well-camouflaged in their natural habitat. They have a distinctive triangular head with large, compound eyes and long, thin antennae. Their front legs are modified into grasping appendages that they use to capture prey.

What do praying mantises eat?

Praying mantises are carnivorous insects that feed on a wide variety of prey, including insects, spiders, and even small vertebrates like lizards and birds. They are known for their voracious appetites and will eat whatever prey they can catch, including other praying mantises.

Where do praying mantises live?

Praying mantises are found in a variety of habitats around the world, including forests, grasslands, and gardens. They are well-adapted to their environment and can be found in both warm and cold climates.

How do praying mantises reproduce?

Most praying mantises reproduce sexually, with the male and female mating after a courtship ritual. After mating, the female praying mantis will lay a batch of eggs, which are often encased in a hard, foam-like substance called ootheca. The eggs hatch into nymphs, which resemble small adult praying mantises and undergo a series of molts as they grow and develop into adults.

Do praying mantises have any natural predators?

Praying mantises have few natural predators due to their size and ability to defend themselves. However, they can fall prey to birds, lizards, and other predators that are able to catch and eat them. Praying mantises also face threats from habitat loss and other human-related activities. 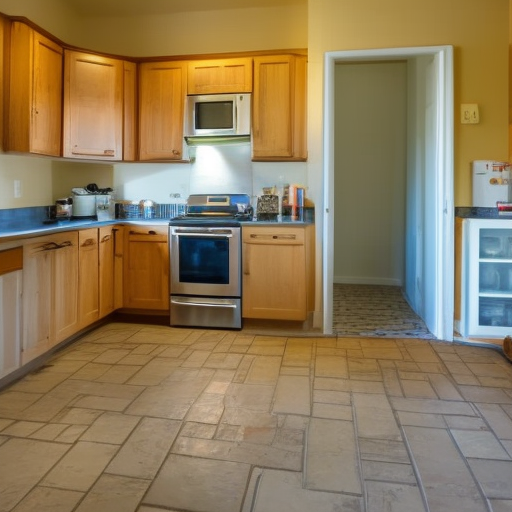 You’re fast asleep in your bed, feeling rested and rejuvenated after a long day. Suddenly, you feel a biting sensation on your arm. You wake up and see a tiny bug scurrying away. “Bed bugs,” you think to yourself, feeling a mix of disgust and frustration. As you start to panic, you start to wonder… 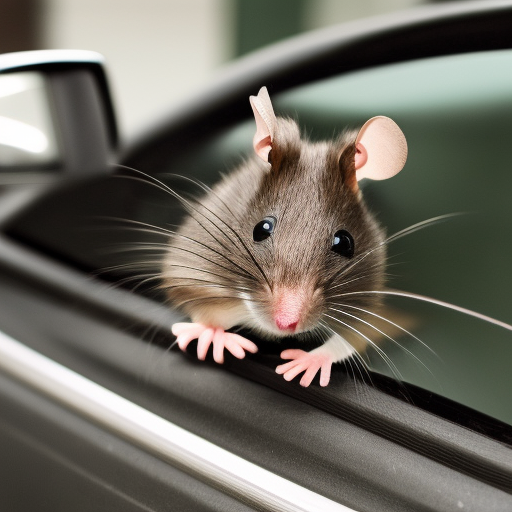 Have you ever climbed into your car, ready to start your day, only to be greeted by the strong smell of mice? It’s an unpleasant experience, to say the least. And if you’ve ever had to deal with mice in your car, you know just how frustrating it can be to get rid of them…. 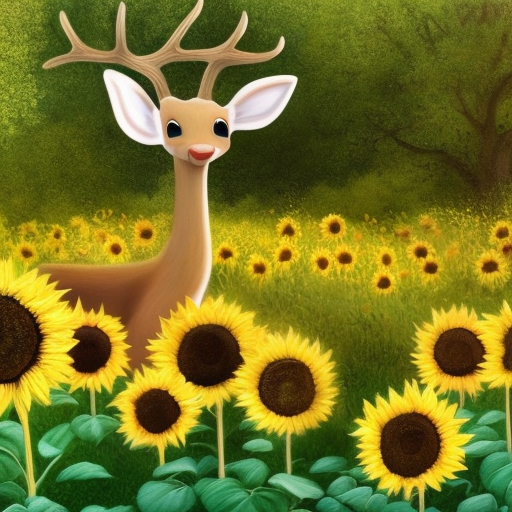 You love sunflowers. You plant them every year in your garden and they always bring a smile to your face. But this year, you’ve noticed that your sunflowers have been looking a little… nibbled on. You’ve suspected for a while that it might be deer, and today you finally caught one in the act! Now… Have you ever woken up with mysterious bites on your skin, only to discover that they’re from bed bugs? These tiny pests can be a real nightmare, especially if they’ve managed to infiltrate your home. One question you might have is whether or not bed bugs can climb plastic wrap. After all, you may have… 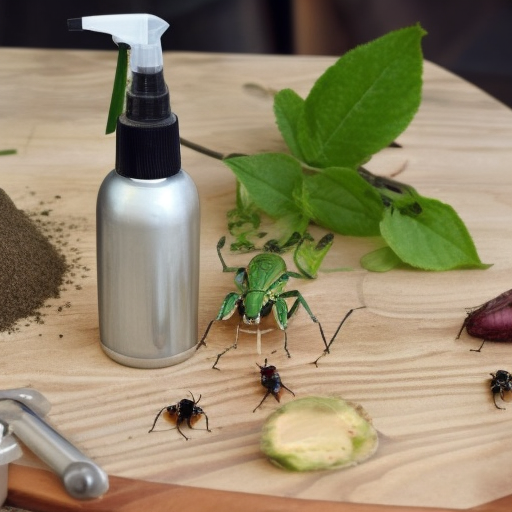 Are you tired of using harsh chemical pesticides on your vegetables? Do you want to find a more natural and organic way to protect your plants from bugs and pests? If so, then this blog post is for you! In this post, we will show you how to make your own organic bug spray for… 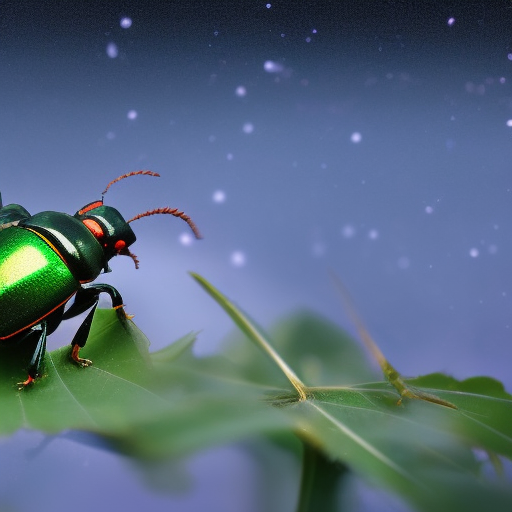 You’ve just finished up a long day of gardening and are ready to call it a night. As you’re packing away your tools, you notice a few Japanese beetles crawling around on your plants. You’ve heard that these pesky insects can do serious damage to your garden, so you wonder where they go at night….

Things to get rid of